What Are Code Signing SSL Certificates And Why Use Them? 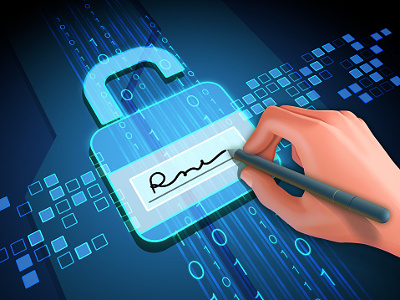 The concept of Code Signing SSL Certificates includes protecting users against phony software and assuring that the software is not infected with a virus. Most reputable companies require this certificate before accepting a product and using it. In today’s world, it’s the safest method of guaranteeing that software has not been altered or compromised.

There are several types of Code Signing SSL Certificates. The Business Validation SSL certificate requires that the software manufacturer or developer provide verification documents to the Certificate Authority. Once these documents are submitted, it can take three days for approval. This approval guarantees the authenticity of the digital program.

What is a Code Signing SSL Certificate?

This certificate is a way for the programmer to digitally sign his or her work. An authentic Code Signing SSL Certificate includes a company or individual’s name, their signature, and often a timestamp, though this is not required. With this certificate, end users can feel confident that the program will work as promised.  SSL Certificates are used on software programs, applications, script, code, and drivers.

Security on the World Wide Web has become an important commodity. There are phishing attacks launched daily. Along with that, ransomware has become quite prevalent. Attackers lock your computer files then demand a ransom be paid, usually in Bitcoin. Add to that so many computer viruses and worms hid within suspicious links that it’s difficult to keep up today.

In spite of the great amount of publicity about these attacks, many are successful due to a poorly educated public. Most users admit they sometimes click on links or visit sites they probably shouldn’t. It’s human to think that bad things only happen to other people.

Large reputable companies like Microsoft simply can’t take chances with their security or risk exposing end users to harm. The cost in both time and money would be too great; not to mention the damage to their reputation. That makes the Code Signing SSL Certificate very critical to businesses with a strong reputation to protect.

With this certificate, we can be assured of two important elements:

How to view the SSL Certificate

To authenticate a software program, click on the certificate that has been issued. You should be able to view the publisher’s name. There may be other information such as the timestamp. If it isn’t there, then the software originates from an “Unknown Publisher”. It may or may not be authentic. It could contain spyware, ransomware, malware, or other viruses. In some cases, thieves download authentic-looking programs onto your computer with a dangerous script running in the background. These lines of code can allow the Software Pirate to steal passwords and/or personal information.

Just like other SSL Certificates, the Code Signing Certificate is created based on the public-private key pair. Though a key pair is related mathematically, the private key can only be decrypted by its original owner. Public keys are made available to anyone with access to the public repository. If you have a message that you only want one person to be able to read, this can be done using a private key. It always remains confidential and private to its respective owner.

This history of Cryptography

The concept of cryptography began as early as 1874 when William Stanley Jevons wrote a book called The Principles of Science. In it, he described various ways of creating a message that could only be read by the intended party. His theory was to produce a long random number that could only be known by one other person. For years, various mathematicians worked on the idea until 1970 when a British cryptographer working for the UK government came up with what he called, “non-secret encryption”.

Cryptographers and scientists saw the important applications for military use. Being able to send messages that the enemy could not read became a vital function of national security for all governments. Though this type of cryptography is still used today, it’s more common usage now is to protect software programs from alteration.

Why are SSL Certificates necessary?

When an application or program does not have a Code Signing SSL Certificate, any programmer can go into it and change lines of code however they want. This leaves everyone vulnerable. Maybe the programmer improved the software but maybe he added a Trojan worm.  Individuals and especially companies have a lot at risk and simply cannot afford to download malware or ransomware that would lock up all their files.

Reputable software manufacturers want to ensure that their products are free from tampering and the Code Signing SSL Certificate makes alteration impossible. It’s the perfect way to let users know that the software or app is authentic.

The process of creating a Code Signing SSL Certificate

There are multiple steps required in the process of creating the Code Signing SSL Certificate. The process begins with the actual code signing itself. This confirms the identity of the person or company that created the software. The steps are briefly outlined below:

2. The identity of the developer is certified.

3. A special Code Signing program is used to attach the SSL certificate to the software as a digital signature.

4. The developer can now send the program out to publishers.

5. Publishers double check to make sure the digital signature is authentic.

6. A time stamp is often entered so that the certificate doesn’t expire.

Once you have a Code Signing SSL Certificate, you can assure users that it’s safe to use and contains no viruses or malware. Big publishers often require these certificates so they can use this as a selling point when reselling the software or app to end users. Many people will not buy a piece of software if it does not have this certificate.